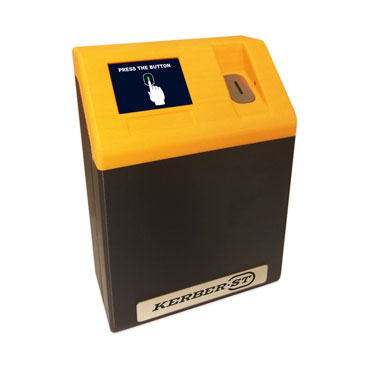 Kerber-ST: Compact Stationary Detector for Explosives and Narcotics on Fingers

The Kerber-ST IMS is a fully automatic detector for trace quantities of explosives and drugs on fingers of inspected persons.

The detection of explosives and/or narcotics on the finger is carried out automatically when the inspected person presses the button of the sampling unit of the detector.

Substances detected by the Kerber-ST IMS


These are only the most common substances from the list of detected and identified by the Kerber series detectors. List of detectable substances may be supplemented in accordance with the wishes of the customer.